US digital companies and their EU VAT challenge

By January 1, 2015, US digital companies will have to be prepared for new EU VAT rules on the B2C supply of digital services.

Few realize that rules regarding the supply of services by US digital companies to customers in the EU have been in place since July 1, 2003.

The rules may have existed but compliance with the VAT on eServices (VOES) scheme as it was called had been “mixed and indifferent”, according to Andrew Webb, of the UK’s tax authority HMRC. Mr Webb was speaking at a Taxamo-organised webinar in London prior to the introduction of the new rules. 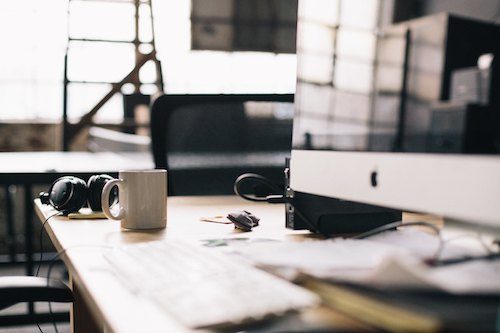 US digital companies will soon have to comply with new EU VAT rules, coming into effect on January 1, 2015.

Since the introduction of the new rules, the European Commission has, it believes, produced a set of regulations that not just play catch-up with the digital economy but are also future-proofed.

What changes for US digital companies in 2015?

The aforementioned 2003 scheme provided non-EU companies with the option of discharging all VAT obligations through a single administration. This was the loophole that allowed a raft of companies to select and use Luxembourg as their European HQ.

So, what changes in 2015? From January 1, 2015, the location of the end customer (non-taxable person) is all that matters, but this was also implied in the 2003 legislation. From 2015 onwards, however, companies with B2C sales in the EU have to prove where their end customer is. One point to note: only B2C supplies of digital services are affected, B2B transactions operate as normal.

The Commission believes that by using – and proving – the location of the end customer as the basis for VAT then compliance will improve and, as a result, tax intake figures will rise. For example, the UK tax authorities have already predicted a £1.2 billion windfall in VAT receipts between 2015 and 2018.

VAT, remember, was always intended as a tax on consumption. These new rules are – in essence – a return to old values but for a new – and constantly evolving – digital economy.

Leading lights of the digital economy

US digital companies have been pioneers in the expansion of the digital economy, with the likes of Apple, Google, Amazon, Microsoft, et al growing at an exceptional rate. These companies generate huge profits but, as with any other jurisdiction, the EU tax authorities now want their slice of this growing economy.

The main problem with the 2003 VOES scheme was that it allowed non-EU companies to set up base in a low-tax jurisdiction and thus declare all of their EU VAT via that EU Member State. For most that jurisdiction was Luxembourg who at one stage offered a super-reduced VAT rate of 3% on e-books. Given that other EU Member States had VAT rates in the high 20s you can see how these massive tax differentials improved their margins.

However, the companies that set up their HQ in Luxembourg were merely taking advantage of discrepancies and imbalances in the pan-EU tax system. The new 2015 rules seek to address these imbalances.

US companies selling digital services into the EU must – since January 1, 2015 – account for VAT based on where their end customer is located. This is the key change enshrined in these new rules. The low-tax rate of an EU Member State no longer comes into play – VAT will have to be levied based on where the companies’ customers are based.

To account for VAT a company that provides digital services (remember supplies of physical goods are not affected) has two options for VAT declaration.

The first option is to register with each EU Member State where the company has sales. This will involve awareness of up to 28 tax jurisdictions as well as knowledge of local tax law, translation issues, and currency conversion (remember ten EU Member States are not part of the Eurozone so still use their local currency).

This first option may not appeal to all companies, which is the reason that the European Commission created the Mini One-Stop Shop (or MOSS) system. The Commission was aware that the process of registering with a series of EU Member States could become an administrative burden.

But wait it’s not all bad. According to EU VAT expert Rick Minor, writing in a Taxamo guest blog post, “non-EU suppliers may be encouraged [by the new rules], also in light of the proposed EU privacy legislation, to establish supply platforms in the EU. There will no longer be the VAT rate arbitrage advantage after the 2015 change in law, but it may complement their privacy (data protection) compliance to have a VAT and privacy establishment in the same jurisdiction. There are at least three Member States actively competing for this opportunity: the UK; Ireland, and Luxembourg.”

The data collected through these new EU VAT rules must be stored in a server within the European Union – an existing establishment will obviously aid US companies’ compliance.

The rules will have an impact but preparation is the key. MOSS registration portals across the EU opened on January 1, 2015, and US digital companies without a HQ in the EU are free to select any EU member state with which to declare VAT collected across the EU.