South Korea has long been admired as a digital economy visionary so it’s with great pleasure that we reveal our support for South Korean VAT compliance.

South Korea has long been admired as a digital economy visionary so it’s with great pleasure that we reveal our support for South Korean VAT compliance.

We understand that South Korea is a key marketplace for digital service businesses and compliance with the local tax laws is non-negotiable. Now, with Taxamo, businesses can achieve this compliance without major upheaval to their existing strategies and systems.

Why South Korea, and why now?

By 2018 the B2C eCommerce market in South Korea is estimated to be 3% of its GDP. In 2016 this figure was 2.53% equating to a market size of over USD$40 billion (source: Statista ). It is a significant international marketplace with a connected population who live in the digital economy, they have wholeheartedly embraced digital transformation.

Within this B2C eCommerce segment is the popular gaming industry which in 2015 was estimated to be worth9.97 trillion won (US$8.36 billion). Indeed, eSports is now considered a national pastime in South Korea – so much so that it is known as the ‘Mecca of professional eSport players ’:“For the youth in South Korea since the early 2000s, they’ve been in a world where the norm is people playing video games in large stadiums on television.”

Gaming, and the use of digital technologies, is a way of life in South Korea (thanks in large to robust government support). It is also big business.

The reasons for the continued prominence of South Korea players atop professional eSports is down to the availability of top-quality broadband and the widespread adoption of smartphones. In 2015, according to the Pew Research Centre , 94% of Korean adults stated that they often use the internet and 88% owned a smartphone – only the United Arab Emirates, Singapore, and Saudi Arabia have a higher smartphone penetration. 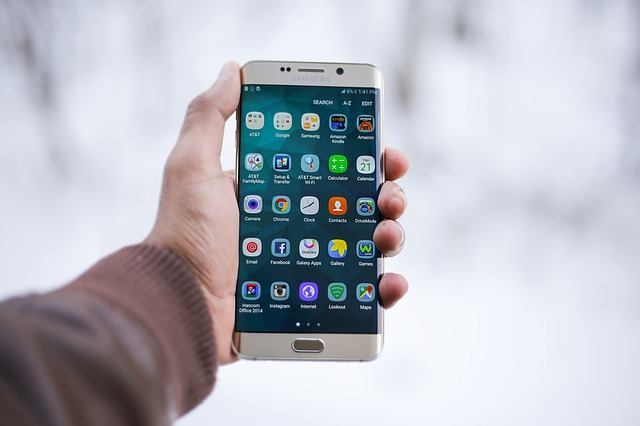 Smartphone penetration in South Korea is among the highest in the word with 88% of South Koreans owning a smartphone. Image credit: Pixabay

These numbers also explain why the South Korean B2C eCommerce market is one of the world’s most lucrative: only ranking behind the United States, China, and Japan.

Korean shoppers also love a bargain (who doesn’t?), a trait that in recent years led to huge growth in cross-border eCommerce. A development that was to be the catalyst for a change to Korea’s tax legislation.

According to this Bloomberg piece on the topic blogs sprouted up between 2010 and 2014 pointing “readers to online deals and discounts, boosting direct buying. Overseas credit card spending grew 15.4% in 2013, outpacing the increase in domestic spending of 3.2%, according to the Bank of Korea. Imports through e-commerce sites rose 47% in 2013, to about $1 billion.”

The upshot of this boost to online purchasing led to the July 2015 taxation change. The Korean government added VAT to these imported goods and services (including those purchased via the internet, physical and digital). These goods and services are now subject to the standard Korean VAT rate of 10%.

The reasoning behind the introduction of this VAT was the government’s motivation to “level the playing field” between domestic and international goods and service providers. The overwhelming belief – at Government level – was that domestic suppliers were being undercut by their international counterparts, who were not subjected to the standard VAT rate.

South Korea (along with Norway, Iceland, and the European Union) became one of the early adopters of the destination-based taxation mechanism. This means that taxation is based on the consumer’s location, not the location of the supplier. Similar rules have since been implemented in Japan and are due to come into effect in New Zealand (October 2016) and Australia (July 2017).

Crucially, and in a move similar to that of the European Union, there is no registration threshold. If your company supplies Korean customers then you must register with the Korean National Tax Service to become a ‘Simplified Business Operator’.

In order to file a VAT return via Hometax (a dedicated Korean National Tax Service portal for overseas digital service suppliers), you must first receive a business registration number. Then, you can file your VAT return by log-in (enter ID, Password, and Business Registration Number) on the Hometax website.

Once registered you have to pay (send) taxes to the VAT bank account designated by the Korean National Tax Service (Woori Bank). It is important to note that all VAT returns should be in Korean Won, adding a further layer of exchange rate complexity to the process.

Our real-time solution helps digital service suppliers with Korean customers by enabling them to achieve the following: