New Zealand GST on digital services comes into effect on October 1, 2016. The 15% GST will be charged on foreign supplies to New Zealand consumers.

New Zealand GST on digital services supplied from abroad to New Zealand-based consumers will come into effect on October 1, 2016. 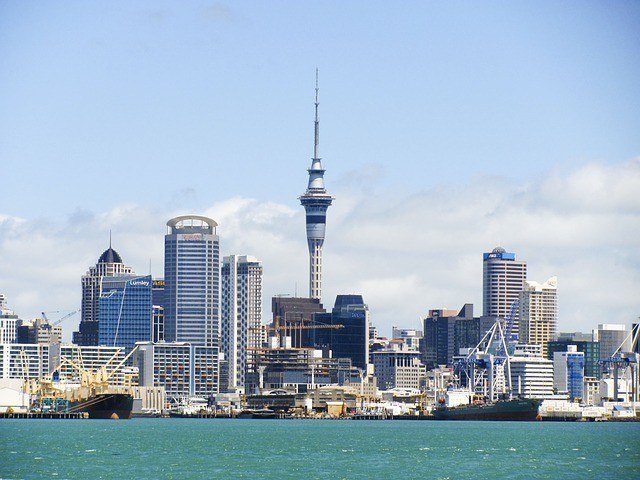 Details of the proposed new digital GST – due to come into effect on October 1, 2016 – passed a third reading in the New Zealand parliament on May 10. The hurdling of this latest legislative barrier now leaves the path clear for the new rules concerning the supply of digital services by foreign companies to New Zealand consumers to be introduced at the start of Q4 2016.

Speaking after the passing of the bill Revenue Minister Michael Woodhouse said:

“Collecting GST from the growing volume of online sales across borders has been an issue of growing concern for some time, so the passing of this legislation marks a very important first step. Currently New Zealand providers are at an unfair disadvantage because they must apply GST to their services, whereas overseas providers do not. This creates an unfair playing field which this legislation will eliminate.”

Deloitte tax specialist Allan Bullot – quoted by the New Zealand Herald after the bill passed its second reading in April 2016 – said the law was now “certain to go through”, but was unlikely to have a major effect on New Zealand consumers.

The new B2C rules have been expected since the New Zealand government released a discussion draft in August 2015. The proposed legislative details, that still need to be passed into law, have now been revealed.

The new GST will be set at a rate of 15% on all sales over NZ$60,000 (in a 12-month period) supplied by foreign digital service businesses. This threshold on sales has been introduced to align with New Zealand’s existing GST threshold for physical goods. In a move that reflects the European Union’s approach to the taxation of digital services, businesses must also collect two non-conflicting pieces of evidence to prove the location of their consumer.

Fine of NZ$25k for potential VPN use

New Zealand have also introduced a measure aimed at blocking the use of virtual private networks (VPNs) to access content from abroad that should be liable for GST.

The New Zealand Herald also revealed that Kiwi consumers who use a VPN to make it appear they lived outside the country with goal of avoiding GST would be liable for a fine of up to $25,000.

“The amendments in this Bill address the non-taxation of cross-border remote services and intangibles in order to maintain the broad base of New Zealand’s GST system and create a level playing field for domestic and offshore suppliers.”

Remote services, meanwhile, are defined as “a service that, at the time of the performance of the service, has no necessary connection between —

New Zealand follows in the path of Norway, South Africa, the European Union, Japan, and many States in the United States in taxing the supply of digital services.

“The proposed changes would broadly follow the OECD’s recommended guidelines, as well as the rules that apply in other jurisdictions, such as Member States of the European Union, Norway, South Korea, Japan, Switzerland, and South Africa,” says New Zealand the previous Revenue Minister Todd Mr McClay.

Remember, Australia has also revealed plans to tax digital services. These rules are due to come into effect on July 1, 2017. The Australian Treasury has estimated that AU$3.2billion can be raised over a decade from the introduction of such digital tax rules.

Not all of the jurisdictions that have introduced such digital taxation rules have included a threshold. The New Zealand Inland Revenue also outlined the registration process for foreign digital service businesses (‘offshore suppliers’) with sales in excess of the NZ$60,000 threshold:

“Offshore suppliers will be required to register and return GST if their supplies to New Zealand residents exceed NZD $60,000 in a 12-month period, which is the existing domestic registration threshold. Supplies of remote services and intangibles to New Zealand GST-registered businesses will only count towards this threshold if the offshore supplier and the registered business have agreed that the supply is zero-rated.”

Returns will have to be made on a quarterly basis when the new digital GST is up-and-running. However, there is a transitional period of six months between October 1, 2016, and March 31, 2017 (end of Q2 2017) to smooth the registration process for foreign digital service businesses.

As regards identifying the consumer, the Bill provided this information: “An offshore supplier must treat a customer as a New Zealand resident on the basis of 2 non-conflicting pieces of evidence, such as the customer’s billing address and the origin of their payment.”

The following information is supplied as to what constitutes a piece of evidence in identifying the consumer:

International digital service businesses with consumers in the EU will be familiar with the above list, as it resembles the requirements for consumer identification in the 2015 EU VAT rules.

The New Zealand Customs Service is to release a consultation document in April 2016. The public will be asked to provide feedback in this document in relation to the practical implications of these new digital GST rules.