Digital tax rules in operation across the globe

Digital tax rules – VAT, GST, consumption tax, sales tax, use tax – no matter what term is used the taxation of the digital economy is growing.

VAT, GST, consumption tax, sales tax, use tax – no matter what term, or name, is used it is clear that the taxation of the digital economy is growing in popularity. 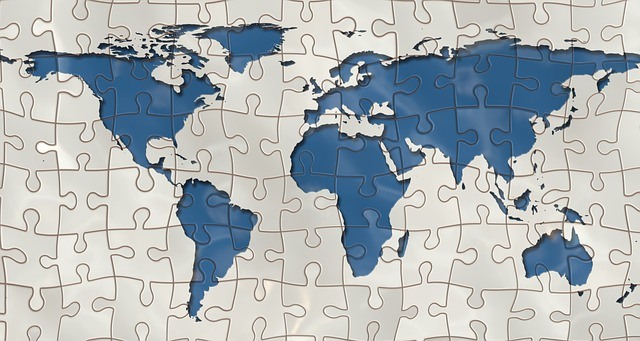 Here we list a selection of prominent tax jurisdictions where such destination-based tax rules are in place.

Foreign-supplied digital services are subject to Singapore GST. The extension of Singapore’s GST system to cover these services will have a significant impact on foreign-based service providers with customers in Singapore. From the start of 2020 these providers have to collect and settle Singapore GST. More here.

Malaysia confirmed the introduction of a tax on imported digital services in its 2019 budget. Malaysian finance minister Lim Guan Eng announced the changes during his budget speech saying: “For imported online services by consumers, foreign service providers will be required to register and remit related service taxes to the Malaysian customs.” A tax rate of 6% must be applied to these sales to consumers in Malaysia. More here.

Uzbekistan extended its VAT system to the supply of digital services provided by foreign-based companies to domestic customers on January 1, 2020. More here.

At the end of 2019, Cameroon changed their VAT rules via the 2020 Finance Law to extend taxation to foreign and local supplies of e-commerce platforms. The scope of the rule change covers goods or services sold through foreign and local e-commerce platforms and commissions that are received by these platforms from these sales. There is also no sales threshold for affected foreign suppliers.

The taxation reform in Algeria was prompted by changes approved by parliament in the 2020 Finance Law. As a result, digital services consumed by Algeria-based customers will be subject to 9% VAT. At the time of writing, the administrative comments were not published and there is no information about the process to be followed to comply with those new regulations.

On July 1, 2019, Angola was to have introduced a new VAT system to replace Angola’s Consumption Tax code. However, prior to the introduction it was delayed for introduction until October 2019. Non-resident digital service suppliers that want to register for Angola VAT will need to appoint a local fiscal representative. More here.

Foreign suppliers of digital services to consumers based in the Canadian province of Saskatchewan must register for the 6% Provincial Sales Tax (PST). Registration is with the Saskatchewan Ministry of Finance.

One of the most interesting points of Bahrain’s new 5% VAT system, from the perspective of non-resident businesses selling digital services in Bahrain (B2C), is that there is no sales threshold to registration for Bahrain VAT. There are, however, thresholds for domestic businesses.

VAT rules governing the cross-border supply of digital services from non-resident digital platforms came into effect on July 1, 2018. The published law confirmed the liability for foreign suppliers to register, collect, and remit VAT at 19% in Colombia for sales to individuals. For more detail on Colombia's plans click here.

In late October 2017 it was revealed that non-residents supplying digital services – such as streaming and music downloads – to Argentina-based consumers would be subject to a 21% tax from a provisional start date in June 2018. The rules in Argentina differ slightly from other global implementations as the obligation to collect tax is through the local payment card or local bank.

Rules governing the supply of cross-border digital services came into force in July 2018, but backdated to be effective from January 2018. While the obligation for the collection and remittance of VAT is on the foreign supplier the rules differ from other implementations as income tax may also be due in addition to the 22% VAT. It is estimated that this new VAT could raise USD$10 million per year from sales of foreign digital services to customers based in Uruguay.

Turkey’s move to extend its VAT system to cover cross-border digital services supplied by non-resident businesses was officially announced via a Draft Communiqué released on December 5, and updated again on December 22. The new rules came into effect on January 1, 2018. More here.

In February 2017, Saudi Arabia ratified the GCC VAT framework and committed to introduce VAT on January 1, 2018. The General Authority of Zakat and Tax (GAZT) is responsible for managing the implementation, administration and enforcement of VAT in Saudi Arabia. More here.

New rules for taxing the foreign supplies of digital services to consumers in Belarus were first revealed back in August 2016 when the Ministry of Finance published a draft law that included amendments to the Belarus Tax Code. By October 2016 the upper house of the Belarus parliament (the Council of the Republic) had adopted these proposed amendments into law. This meant that from January 1, 2018, a 20% VAT would apply to these foreign supplies of digital services. More here.

India overhauled its entire taxation system in July 2017 with the introduction of a new national GST system. In December 2016 India made the first steps in taxing the supplies of foreign providers via their previous service tax mechanism. The service tax was then subsumed into the new GST system that was unveiled on July 1, 2017.

The extension of Serbian VAT law to cover cross-border supplies has followed the example of the European Union (EU) regulations by having no sales threshold. This means that, for example, if a US-based makes one digital sale to a Serbian consumer then they become liable to register, to file, and to settle VAT with the Serbian tax authority. To add complexity, the new rules also specifically state that affected digital businesses must appoint a local VAT representative in Serbia. Bilingual invoices are also required.

Russia extended their VAT system to non-resident digital service suppliers in January 2017. Like the EU and Serbia, there is no sales threshold included. This means that one digital sale supplied by a foreign company to a Russia-based customer will trigger compliance requirements. Registrations with the new Russian digital VAT system are listed by the Federal Tax Service here.

Rules in Azerbaijan for foreign suppliers of digital services to pay VAT at the place of consumption have been in place since January 2017. However, the rules differ in Azerbaijan from those proposed by their neighbours across the Caspan Sea, Kazakhstan and Uzbekistan, as the burden of the collection is currently with the local card issuers. We will, of course, update you if there is a change to this obligation. More here.

New Zealand became the first to extend their indirect taxation system to the cross-border supplies after the Organisation for Economic Cooperation and Development (OECD) released their final Base Erosion and Profit Shifting (BEPS) report. This was significant as it validated the OECD’s approach, and points to the future of digital VAT/GST implementations.

A then 8% consumption tax on B2C eCommerce supplies by foreign companies to Japanese consumers came into law on October 1, 2015. Japan Consumption Tax is now at 10%. The Japanese government also created a registration system whereby foreign eCommerce suppliers must designate a tax agent in Japan for the purpose of remitting the tax collected.

The South Korean VAT system extension to cover cross-border sales to customers based there also comes with no threshold to registration. The reasoning behind the extension of the VAT system to cover these supplies was the government’s motivation to “level the playing field” between domestic and international goods and service providers. The overwhelming belief – at Government level – was that domestic suppliers were being undercut by international counterparts, who were not subjected to the standard VAT rate.

In January 2015 new rules on the taxation of cross-border supplies of digital services to EU-based consumers came into force.

The rules require the suppliers of services such as apps, games, software downloads, ebooks, music and video streaming to apply, collect, and remit the tax due for sales to EU-based consumers.

The tax to be collected is the value-added tax (VAT) rate based on the location of the consumer. The rules only affect business-to-consumer (B2C) supplies, not business-to-business (B2B) supplies of such digital services.

In July 2017 the EU revealed that in the first year of operation (2015) €3 billion was collected using the VAT MOSS system.

South Africa’s tax on digital services was unveiled by the South African Revenue Service (SARS) on June 1, 2014. There was an extension of the definition of affected digital services in April 2019 as well as an increase in the threshold for registration from ZAR50,000 to ZAR1,000,000.  The VAT rules in South Africa require non-resident suppliers of certain “electronic services” to South African residents (or if payment originates from South Africa) to register for VAT.

Norway has been the pioneer when it comes to the taxation of the digital economy with rules introduced back in July 2011. These regulations dictate that digital services supplied by non-established vendors to consumers in Norway (B2C) are subject to Norwegian VAT and the vendor must calculate, collect, and pay the VAT. The taxation system has been known since 2011 as VOES (Vat on e-Services). As an alternative to ordinary VAT registration, vendors may opt to use a simplified registration scheme. More information here.

The Swiss Federal Tax Authority (FTA) levies a Value Added Tax (VAT) on the supply of services from non-resident companies to residents of Swiss territory (Switzerland, the principality of Liechtenstein, and the German municipality Büsingen).

Article 10 of the Swiss VAT Act states that VAT is applied to a service supplied from “any person who carries on a business based abroad that supplies telecommunication or electronic services on Swiss territory to recipients who are not liable to the tax”.

NOTE: This blog post will be updated as we source more information on  international tax jurisdiction plans to introduce destination-based indirect tax models for digital sales.


Taxamo content is created for guidance only, please consult your local tax advisor.