Australia’s digital services GST could raise $3.2bn in a decade

The Australian Federal Government is the latest jurisdiction to introduce a digital services GST. The taxation measure has become known as the Netflix Tax.

Australia could recoup as much as AU$3.2 billion from a new 10% digital services GST revealed in the 2015 budget. 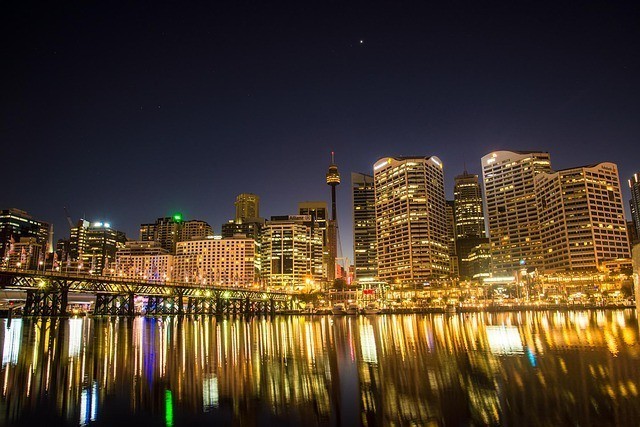 It ensures Australian businesses selling digital products and services are not disadvantaged relative to overseas businesses that sell equivalent products in Australia.”

On March 11, 2016, the Australian Senate’s Economics Committee recommended that the bill that will see GST applied to digital services be passed. The Australian government plans to introduce the new GST in July 2017.

Here’s some background to the new Australian plan to tax the digital economy.

In a Sydney Morning Herald exclusive on June 17, 2015, the AU$3.2 billion tax windfall was revealed from calculations by the Parliamentary Budget Office for the Labor Party.

On May 11, 2015, the then Australian Treasurer Joe Hockey released a statement outlining the plans for a new goods and services tax (GST) on foreign digital service providers. This new tax, in the pipeline for for quite some time, has already been dubbed the ‘Netflix tax’.

The proposed amendments in the new Online GST include:

In the press release from Mr Hockey’s treasury department the language used would have been very familiar to followers of 2014 European Commission press releases. Prior to the introduction of the recent VAT Mini One Stop Shop (MOSS) legislation in the EU the language was all about ‘levelling the playing field’ and how existing taxation measures were ‘unfair’ on domestic digital service suppliers, the same language used by Mr Hockey:

We will ensure that there is a level playing field for the suppliers of digital products and services in Australia in relation to the GST. It is plainly unfair that a supplier of digital products in Australia has to charge GST and an off-shore supplier does not. When the GST legislation was drafted it did not anticipate the massive growth in the supply of digital goods like movie downloads, games and e-books from overseas. I have consulted with the States and Territories and following further discussions at an officials level we are releasing the draft legislation for review. The revenue from this initiative is expected to be $350m over the next four years, every dollar of which will go to the States. The OECD has recognised this as a problem for some time and a number of companies are working constructively with governments. A number of other countries have or will introduce similar rules such as Japan, Norway, South Korea, Switzerland and member countries of the European Union.

The new GST will compel non-Australian digital service providers (such as Netflix) to collect and remit GST to the Australian Federal Government. Mr Hockey has indicated in his press release that the funds raised – estimated at $350m over four years – will then be redistributed to State coffers. There has been no indication as to how the funds collected would be redistributed. Downloads of music and games from iTunes and Google Play app stores, however, are not affected.

Minister Hockey also held a press conference on May 11, 2015, outlining his plans to introduce the new digital services GST. In it he confirmed that there would be no threshold around the new rules, a similar arrangement to what currently exists in the EU.

Here’s a transcript of the Minister’s press conference in Canberra dealing with the new digital services GST:

JOURNALIST:Treasurer, as you announced today the GST on digital products, is there any threshold around that? I mean if I’m selling one computer game or a movie?

JOURNALIST:Can you explain why that will attract the GST and not selling a pair of shoes or a T-shirt in Australia, won’t?

TREASURER: [edited response] … what we are doing under this proposal, which is a global proposal, is going to digital providers overseas and saying to them, can you apply the GST to the products you provide into Australia or in the case of any other country that has a consumption tax. These companies are agreeable to it. They’re actually agreeable to it and why? Because they actually don’t pay it, it’s not their profits, it’s a tax that is collected and they remit it back to the country where that occurs. Now, there are really only a handful, a comparative handful of businesses that are engaged in digital technology transfers, even though the volume of activity is far greater than it was when the GST was introduced. There are a lot of companies involved in the provision of goods and if we all work together in the OECD, which we are, we are actually going to get to the point where the companies supplying goods, and you can name, I won’t name any companies, I swore I wouldn’t name any companies today – there are some providers of goods that are based overseas that are prepared to charge the appropriate taxes in that jurisdiction. There are other companies that won’t, so we are trying to get a global approach.

Australia is following the path already set by tax jurisdictions such as Norway, South Africa, Japan, and the EU. In October 2015 Japan introduced a new e-commerce consumption tax that foreign digital service providers need to comply with.

In Minister Hockey’s budget speech on May 12 he reiterated the point of ‘levelling the playing field’ for Australian digital service businesses: